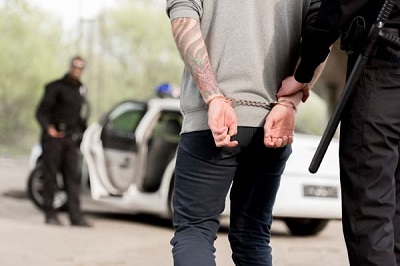 ​
When we hear the term ‘driving under the influence,’ we usually think it applies to someone who has had too much to drink. However, it can also apply to people who have recently used marijuana or other drugs.

While Canada recently legalized marijuana for adult recreational use, police are still vigilantly checking to see if drivers have consumed or are impaired by THC. The police have ramped up enforcement of roadside testing for drugs and further drug recognition evaluation procedures to determine impairment by a drug.

What Are Some Common Roadside Screening Tests for Drug-Impaired Driving?

Law-enforcement officers have a set of standard roadside sobriety tests to determine whether a driver is impaired by a drug (i.e. the standardized field sobriety test or SFST). The three tests in question consist of the horizontal gaze nystagmus test, walk-and-turn test and the one-legged stand. The SFST’s are screening tests. If a person fails these screening tests, this allows the officer to form a reasonable suspicion that the person is impaired by a drug. The officer will then arrest the driver and make a drug recognition evaluation (“DRE”) demand for a series of further tests by a DRE police expert at the police station. The officer may also demand an alcohol or urine sample to determine if there are drugs in the driver’s urine or blood. Based on the police observations and the results of the DRE, the driver could be charged with impaired by a drug under section 320.14 of the Criminal Code.

If you have been charged with a DUI and performed any of these roadside sobriety tests or the 12 step DRE tests at the police station, you should speak with a DUI lawyer. Some of the tests law-enforcement officers use to determine whether or not you have been using intoxicating substances are not always admissible in court and can sometimes be shown to be unreliable. The police frequently do not conduct the tests properly (i.e. in accordance with the DRE Training Manual) and a good lawyer can often create reasonable doubt at trial resulting in the dismissal of the charges. Seeking the advice of an experienced lawyer skilled in representing clients charged with DUIs is critical to a successful case.

Are There More Sophisticated Methods to Determine if Someone is High While Driving?

On August 27, 2019 Ottawa approved the Draeger Drug Test 5000, a device that allows officers to test a driver’s saliva for THC, the main psychoactive ingredient in cannabis. Currently, it is the only device approved by Parliament for roadside drug screening tests.

The biology and science around a device like this is contentious because everyone processes marijuana differently. More frequent users might experience less of a “high” compared to infrequent users.

However, a test like this one does not distinguish between the two. The device simply analyzes the levels of THC in the person’s saliva and the same illegal threshold levels for THC consumption are applied to every driver.

Do Police Have to Believe You Have Been Drinking to Request a Breath Sample?

As of December 18, 2018, police no longer require a reasonable suspicion to demand a breath sample from a driver. The law used to be that the police had to at least smell an odour of alcohol on the driver or an admission by the driver that he or she had been drinking in order to demand a roadside screening device sample. Now, anyone operating a motor vehicle who is lawfully stopped by police can be required to provide a breath sample at the roadside even if they appear completely sober.

Since only seven months have passed since the implementation of this new rule, the lawyers at Kruse Law are carefully monitoring any increase in the number of additional DUIs in the province. Most of the charges under the new law have not proceeded to trial as yet and there are pending constitutional challenges to this new law to determine if it passes Charter scrutiny or will be struck down by the courts.

If you believe you were arrested for driving under the influence without reasonable suspicion, contact us today to find out your options under the law.

How Do I Know I am Safe to Drive After Using Marijuana?

People who drink alcohol understand that allowing a lengthy period of time to pass after consumption and before driving can reduce the risk of driving under the influence. There are web sites and charts on line which suggest appropriate wait times after consuming a given number of alcoholic drinks. The same holds true with marijuana usage, to an extent. However, how long should you wait before driving after having consumed marijuana? Expert toxicologists are currently having a difficult time answering this question which is a real problem for Canadian drivers. The safe answer is probably to wait at least 24 hours after consuming marijuana before driving a motor vehicle. Unfortunately, a 24 hour waiting period may be unrealistic for daily recreational or medicinal marijuana users and many of them may wind up getting charged with being over the threshold levels of THC consumption or charged with impaired operation by a drug. The appropriate time period to wait remains unknown and needs to be carefully studied.

Marijuana can remain in your system for hours or even days after discontinued use. It is important that law-enforcement officers and drug recognition experts account for the differences between alcohol and marijuana consumption when charging individuals with driving under the influence.

To navigate this developing and complex area of the law, contact the professionals at Kruse Law.