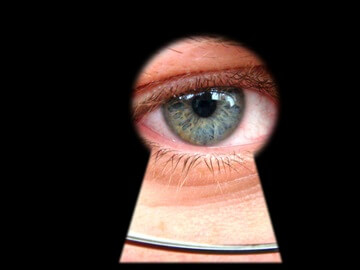 Voyeurism is a criminal offence that involves observing one or more people engaging in private activities without their consent. A “peeping Tom” who looks through a window hoping to catch a glimpse of someone undressing is a voyeur. Someone who is a voyeur is interested in observing others who are nude, undressing, or engaging in some type of sexual activity. It is handled much like other criminal sexual offences in Canada.

Definition of Voyeurism Under Canadian Law

Under s. 162(1) of the Criminal Code of Canada, voyeurism is committed if anyone surreptitiously observes—including by mechanical or electronic means—or makes a visual recording of a person who is in circumstances that give rise to a reasonable expectation of privacy, if:

In other words, voyeurism occurs when a person either secretly watches or makes a visual recording (photograph, film, or video) of another person in a place where they would reasonably expect privacy.

Examples of Places Where Someone Would Reasonably Expect Privacy

A person would reasonably expect privacy in the following locations:

The Crown can charge a person with voyeurism as either a summary or an indictable offence. If the Crown decides to proceed as a summary offence, the penalties are less severe.

Depending on the facts of the case, the offender may also be placed on the Sex Offender Registry for ten years.

Possible Defences to a Voyeurism Charge

If you have been charged with voyeurism, you have options other than to plead guilty. The following are examples of possible defences your lawyer may suggest:

The definition of voyeurism hinges on a reasonable expectation of privacy. Suppose you can show no expectation existed in the location where the observation or recording happened. In that case, you won’t be found guilty.

The Recordings Were Not for a Sexual Purpose

The police must ensure that they don’t infringe on your constitutional rights while conducting their investigation. Suppose they obtained evidence from a search of your home, electronic devices, or cellphones illegally. In that case, you could argue your rights were violated under Section 8 of the Charter. This is the section that protects you from unreasonable search or seizure.

When you retain an experienced voyeurism defence lawyer, you get someone who will aggressively defend your legal interests. Each case is different, and your lawyer will develop a strategy to attack the Crown’s allegations that it can prove all the elements of voyeurism occurred.

If you are facing a voyeurism charge in Ontario, you need an experienced criminal defence lawyer to represent you. They will review the facts of your case and your version of events and advise you about the best way to proceed. The experienced and knowledgeable sexual assault defence lawyers at Kruse Law will work diligently to ensure your case has the best possible defence. Schedule a free meeting and quote, or call us at (519) 728-2183 to speak with one of our professionals today.