The “Warn Range” for Impaired Driving in Ontario 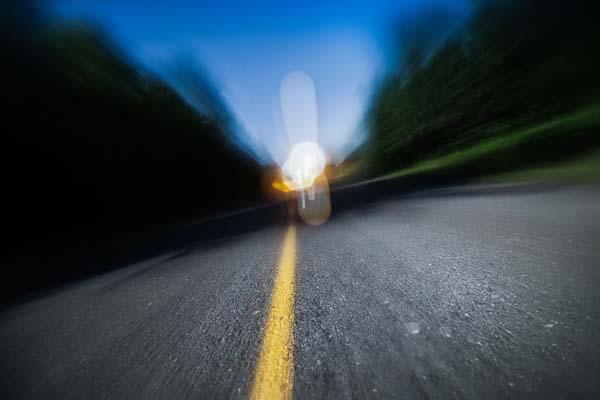 Over-the-counter medications, certain prescription drugs, cannabis, and other illegal substances can affect your reaction time, judgement, motor skills, and coordination. Even in the smallest amount, drugs can impair your ability to operate a motor vehicle. Regardless of how the drugs are ingested, a person increases the risk of getting into an accident significantly when he or she decides to drink or use drugs and drive.

According to a report released by the Canadian Society of Forensic Science, if you ingest cannabis, impairment begins almost immediately and can last longer than six hours. Factors that contribute to the time frame are how the drug is consumed and its THC level. Those who smoke or eat cannabis on a regular basis may have periods of impairment that last even longer due to the saturation of THC in their body. The effects of cannabis will differ from person to person, so there is no definitive way of determining how long a person should refrain from driving after consuming it. The best strategy is not to drive at all if impaired by cannabis or any other drug.

If you are facing charges, an impaired driving defence lawyer in Ontario will take a strategic approach to creating your defense in order to possibly reduce the charges or have the case dismissed.

Even one alcoholic beverage can impair your ability to react quickly. Intoxication leads to dull reflexes, short attention, blurred vision, lack of coordination, and impaired judgment. Impaired driving as the result of alcohol consumption is one of the primary causes of injuries and fatal motor vehicle accidents in Ontario.

If you operate a motor vehicle during the time your faculties have been impaired in the slightest way by drugs or alcohol (or a combination of the two), you can be charged with impaired driving. The definition of “motor vehicle” under the Criminal Code includes:

In Canada, an individual’s BAC (blood alcohol concentration) cannot be equal to or exceed 80 mg. of alcohol per 100 mL. of blood. This translates to BAC level of .08% and the penalties for breaking this law can be severe. Prior to Bill C-46 being declared law in Canada on December 18, 2018, an individual actually had to have a BAC of over 80 mg% to be charged with what was commonly referred to as “over 80.” This generally led to charges being dismissed for any BAC from 80 to 89 mg%.

For example, if a person’s BAC was say 89 mg% before December 18, 2018, the prevailing practice in court was to round the 89 mg% down to 80. Hence the person was not over the legal limit of 80 and the charge would usually be withdrawn by the crown or dismissed at trial. New section 320.14 (b) of the Criminal Code now sets out that “a blood alcohol concentration that is equal to or exceeds 80 mg of alcohol in 100 mL of blood” is a criminal offence.

What Is the “Warn Range”?

You do not have to reach the limit of .08 to face legal repercussions. All provinces in Canada utilize the same legal metrics for measuring BAC levels. In Ontario, if an officer pulls you over and administers a roadside breath test and the results of the analysis are between 50 and 100mg. of alcohol in 100 mL. of blood, you are in the “warn range.” In this situation, the police will not charge you with being “over 80”, but they will administratively suspend your licence under the Highway Traffic Act as set out below. If the results of the roadside breath test are 100 mg % or higher, the police will immediately arrest you for the Criminal Code offence of being “over 80”.

Penalties for Being in the Warn Range

The lawyers at Kruse Law are known for being experienced and relentless advocates for their clients. The police often make mistakes in this area of law. If any mistakes have been made or the evidence in your case was acquired in violation of your rights, we will passionately fight to have the case dismissed.

Hiring the right DUI lawyer is crucial if you want to avoid or reduce the charges leveled against you. We will carefully scrutinize all the facts of your case set out in the disclosure, including but not limited to, any field sobriety tests, the breath or drug testing procedures, and any subsequent urine or blood analysis.

Schedule a free consultation or call toll-free +1-800-699-0806 today so we can discuss both your rights and your future.