What is domestic mischief? 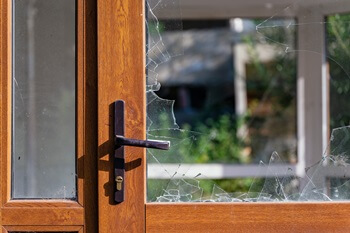 430 (1) Everyone commits mischief who willfully

(a) destroys or damages property;

(c) obstructs, interrupts, or interferes with the lawful use, enjoyment, or operation of property; or

(d) obstructs, interrupts, or interferes with any person in the lawful use, enjoyment, or operation of property.

When a mischief charge involves people who are in an intimate relationship, the charges are often categorized as domestic mischief. These cases may not include any allegations of direct acts of violence or threats against a person. Instead, the charge arises from an allegation that personal property that was not completely owned by the accused has been damaged.

For a married couple, an allegation of any damage caused to marital property is enough to substantiate a domestic mischief charge. For unmarried couples who are dating, seeing each other socially, or in a relationship, a domestic mischief charge may be laid if the accused is alleged to have damaged property owned by the complainant. This property could be a motor vehicle, a computer, furniture, or a cell phone. Property also includes damage to the complainant’s residence, including a door or a window.

Why the Domestic Designation Matters

If the mischief charge is considered a domestic mischief offence, the complainant doesn’t have a choice over whether or not to press charges. The police also don’t have any discretion. They have to bring charges against the person alleged to have damaged the complainant’s property.

The Crown Attorney’s office must follow guidelines to treat domestic offences more seriously than non-domestic ones. The Crown’s office takes the position that it is protecting the complainant from further violence later on by keeping the parties involved apart now.

In many instances, the accused and the complainant will be ordered not to have direct contact with each other. The accused will also be barred from going to the family home if the parties were living together before the incident. This is a significant hardship for couples who share their finances or have parenting or other responsibilities that require regular communication.

Penalties for a Mischief Charge

If the Crown decides to proceed as a summary offence, the judge can impose the following penalties on conviction:

If the Crown decides to proceed as an indictable offence, the judge can impose these penalties on conviction:

In a situation where the mischief causes danger to someone’s life, the accused may be sent to prison for life.

How a Toronto Domestic Mischief Lawyer Can Help You

If the Crown is treating your case as a domestic mischief charge, your Toronto criminal defence lawyer will do two things for you. The first thing is to try to get the no contact order with the complainant varied so that you can communicate and go home. The second thing is to attempt to get the charges withdrawn so that you avoid having a criminal record altogether.

If your domestic mischief lawyer is unable to get the charges withdrawn, they will review the facts of the case in detail to find any weaknesses in the Crown’s case against you. They will also try to convince the Crown Attorney that it is not in the public interest to go forward with the charges.