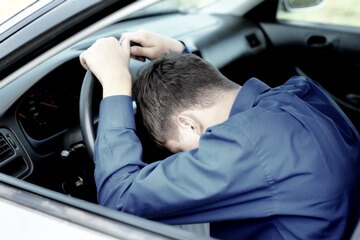 If you are underage, it doesn't matter if your blood alcohol content is below .08 or even below the DUI warning range of 0.05—any potential alcohol or drug impairment is a criminal offence. Ontario's zero-tolerance law adds administrative penalties to the DUI-related charges you may face, including impoundment of your vehicle if nobody is able to drive it away.

Standard penalties for Zero-Tolerance DUIs include:

Consequences of an Underage DUI Conviction in Ontario

Underage and novice drivers whose DUI cases involve higher blood alcohol volumes are treated no differently than fully-licenced drivers under similar circumstances. If you're convicted of Over 80 DUI or refuse to submit to alcohol or drug testing, you could face punishment to the full extent of the law, including:

How Can I Defend Myself Against Underage DUI Charges?

If you've been arrested or accused of DUI, you must enter a plea to these charges in court. You may be tempted to plead guilty and accept the consequences, hoping to put it all behind you as quickly as possible. Unfortunately, a guilty plea may only make matters worse.

You must have someone by your side to challenge the charges and do everything possible to avoid conviction. Our Ontario DUI lawyers can craft a defence strategy to dismiss or withdraw the charge, reduce the penalties, or get an acquittal. For example, your lawyer can question whether the police made procedural mistakes during your arrest or failed to get an accurate reading of your blood alcohol level.

At Kruse Law Firm, our criminal defence team works aggressively to get the most favorable outcome in your case and minimize the impact a criminal charge can have on your life. Contact us today at 800-699-0806 to arrange your free case review.