What Is a DUI Arrest? 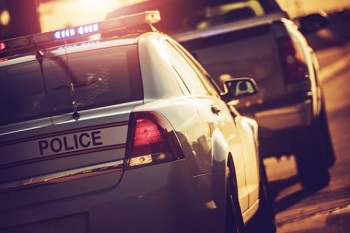 ​
For Canadian drivers wondering exactly what a DUI arrest is, it is important to understand the proper terminology first. A DUI is a criminal charge for operating a motor vehicle while under the influence of alcohol or a drug or having equal to or more than the legal limit of blood alcohol concentration (“BAC”) or legal limit of drugs in your bloodstream. However, there are many names for DUI, and alcohol is not the only substance that can land you in jail. Fortunately, our lawyers are here to help.

What Constitutes a DUI?

A DUI charge usually refers to a criminal charge for operating a motor vehicle while you are impaired by drugs or alcohol. The police can determine whether you are under the influence by testing a person’s BAC or also through various field sobriety tests or physical sobriety tests at the police station that can reveal whether a person is impaired. Terms like DUI, DWI, DUIL, OWI, or impaired driving are often used to describe the criminal charges.

What About Recreational Drugs?

What Are the Legal Alcohol Limits for DUI?

In Ontario, the threshold for DUI is 80 mg of alcohol in 100 mL of blood. If your BAC is equal to or above that level, you could be arrested for DUI. But according to the Ministry of Transportation, even those who register BAC levels between .05 to .08 are within a range where they will likely receive a warning but could face potentially serious non-criminal consequences under the Highway Traffic Act, as well. Those consequences will generally include administrative fines and a licence suspension if you are in this “warn range.”

What Are the Potential Sentences for a DUI?

Even for a first DUI conviction, during your driving prohibition period, you will have strict rules to follow, including the use of an ignition interlock system, which you must pay for.

Yes. Your DUI criminal conviction will be easily discoverable by potential employers and other members of the public. You can, however, apply for a record suspension (formerly called a ‘pardon’) 5 years after your driving prohibition ends. If you are found not guilty in court, you should also make sure your lawyer applies to have your fingerprints and police mug shot destroyed so that there is no record that you were ever charged with a criminal offence. If, on the other hand, you are convicted, you will have to make sure to pay any fines and wait for 5 years after your sentence ends before attempting to apply for a criminal record suspension.

What Happens if Convicted?

First, you will be facing expenses. You could also be facing a jail term. Most first time offenders will receive a mandatory minimum fine and they will be prohibited from driving for at least a mandatory minimum of one year.  The MTO may allow you to drive with an ignition interlock device after a period of time that is set by the judge (which is called the ‘absolute prohibition period’). There are aggravated factual situations where even a first time convicted DUI offender who caused no injuries, will receive a jail term. For example, if there was an accident on a 400 series highway or children in the vehicle at the time of your arrest, many judges will impose a jail term.

Why Hire an Ontario DUI Lawyer?

Do not risk unnecessary charges, steep fines, the loss of your license or jail time without first speaking to a lawyer who has a record of success. Get in touch with us today for a free consultation.