The R.I.D.E. Program and Your Rights 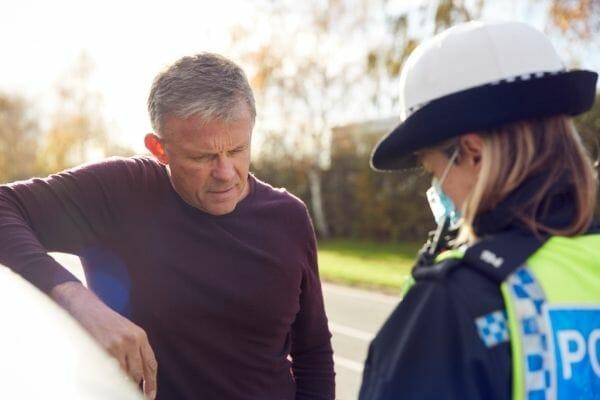 ​
R.I.D.E. stands for “Reduce Impaired Driving Everywhere.” It is an Ontario sobriety program that was established in 1977 with the purpose of reducing the number of tragic accidents and injuries resulting from impaired driving. The R.I.D.E. program has a narrow and specific mandate, which is to detect and deter drunk drivers. Conversely, R.I.D.E cannot be a tool for arbitrarily detaining individuals without reasonable grounds and in violation of their rights under the Charter. In fact, there have been many instances of criminal proceedings where charges were dismissed because officers overstepped their legal mandate in the course of administering a R.I.D.E. check.

The R.I.D.E. program provides police officers with the legal right to perform planned roadside checks to identify and charge drivers who are under the influence of alcohol. The Supreme Court of Canada has ruled in favour of R.I.D.E. as a justification for stopping and checking drivers. In this regard, R.I.D.E. is unique as it gives officers the right to briefly detain and question driver even if there are no grounds or probable cause for believing that a driver is over the legal blood alcohol limit, impaired, or has committed any offence. However, while executing the R.I.D.E. program, police are not authorized to perform other criminal investigations or searches, unconnected with the purpose of R.I.D.E. There are many exceptions to this rule, for example, if illegal drugs or other contraband are in plain view in the vehicle.

What Is Impaired Driving?

Under the Criminal Code of Canada, section 253(1) defines the offences of impaired driving and ‘over 80’ as follows.

(a) while the person’s ability to operate the vehicle, vessel, aircraft, or railway equipment is impaired by alcohol or a drug; or

(b) having consumed alcohol in such a quantity that the concentration in the person’s blood exceeds eighty milligrams of alcohol in one hundred millilitres of blood.

When a driver is pulled over for a R.I.D.E. check, a police officer may demand a breath sample be given for a roadside ASD (approved screening device) if the officer has a reasonable suspicion that the driver has alcohol in their body. ‘Reasonable suspicion’ may be based on a number of factors such as: erratic driving, the smell of alcohol on the person’s breath, slurred speech, bloodshot eyes, open bottles of alcohol visible in the vehicle, or a driver’s admission that they had consumed alcohol. Drivers should be aware that when they admit that they drank even a small amount of alcohol, they are providing officers with the “reasonable suspicion” required for a roadside ASD test.

If there is a significant delay in performing the roadside check or, if the driver registers a ‘fail’, an officer is obligated to inform the driver of their legal rights, including the right to speak with a lawyer. Refusal to provide a breath sample, when asked, places the driver in the same situation as someone who is charged with impaired driving.

A R.I.D.E. program cannot be used as an excuse for police to do an unauthorized search. When a police officer stops a vehicle for the purposes of questioning during a R.I.D.E. program, they only have the authorization to identify drivers in violation of section 253(1). Police should not be asking a driver any questions that don’t directly pertain to their use of alcohol, and drivers are under no obligation to answer any questions that have nothing to do with whether, and how much they may have been drinking.

If a person has in fact been drinking and advises the officer he has not been drinking, then if there are no other symptoms of impairment, the officer would not be able to form any reasonable suspicion that the driver has alcohol in their system and would have to let the driver continue to drive. In my experience, many driver’s will admit to a police officer in a R.I.D.E program that they only had “2 or 3 beers” thinking they are helping themselves by minimizing the fact that they had more than this.

If fact, such admissions could unwittingly potentially lead to a DUI conviction. A driver’s answers to the police at a RIDE program before they are placed under arrest, cannot be used against them at trial to establish guilt as they are considered to be “pre-arrest statements” made before an accused has been provided with the right to retain and instruct counsel.

In R. v. Mellenthin, 1992, the Supreme Court of Canada ruled that R.I.D.E. check stops are not a legal basis for a warrantless search and any evidence found during an unjustified search while a person is detained at a R.I.D.E. stop cannot be admitted as evidence against them. The circumstances for this case began when officers shone a flashlight into a person’s car in the course of performing a R.I.D.E. check. The officers spotted an open gym bag and asked the driver to extract some items from the bag, then noticed an empty glass vial often used to store cannabis resin. The officers subsequently searched the car and discovered hash oil and cannabis resin cigarettes, and then arrested the man on drug charges. However, the Supreme Court ruled that the officers’ questions pertaining to the gym bag were improper; the driver was detained but not fully aware of his rights, and the search was unreasonable and without legal grounds.

The Supreme Court made it clear that a R.I.D.E. check does not provide police officers with a general search warrant for vehicles, drivers, and passengers that are pulled over. In Mellenthin, it was stated that the primary purpose of R.I.D.E. check programs, which essentially detains motorists arbitrarily, is to check for sobriety; valid licence, ownership and insurance; and the mechanical fitness of vehicles. “Random stop programs must not be turned into a means of conducting either an unfounded general inquisition or an unreasonable search.”

Given that the intention of a R.I.D.E. program is to identify impaired drivers, police also have no legal authorization to question or detain passengers. The Supreme Court of Canada clarified this in R. v. Dale, 2012, where a man was tried for having breached his probation for consuming alcohol while prohibited from doing so. The man was a backseat passenger in a vehicle pulled over for a R.I.D.E. check and was questioned by a police officer when seen to have unopened bottles of alcohol at his feet. The officer asked for identification from all of the vehicle occupants and then ran a check on their names. Mr. Dale was subsequently arrested when the officer discovered that he was on probation and under a condition prohibiting alcohol consumption, but had alcohol on his breath.

When questioned at trial, the arresting officer told the court that ‘they’ (meaning his unit) routinely ran a check on all occupants of every vehicle stopped to perform a R.I.D.E. check. Further, if any of the passengers, including the accused, had refused to answer his questions, the officer admitted that he would have done nothing further to pursue his questioning, although he did not inform the accused or other passengers of this at the time. The officer also testified that passengers are free to leave during a R.I.D.E. check, another fact of which the accused was not informed. In R. v. Dale, the judge concluded that the questioning of the accused and seizing of his identification was a clear violation of his rights under section 8 of the Canadian Charter, and therefore, the evidence was excluded and Mr. Dale was found not guilty.

R.I.D.E. programs exist solely to catch and deter intoxicated drivers. In R. v. Dale, the judge expressed deep concern over the officer’s testimony that it is ‘common’ for police to violate individual’s rights under section 8. “The seizure of identification from passengers at a R.I.D.E. program has been specifically denounced as a violation by the highest court in this country and in this province. The OPP must obey the law… Where the police are acting in bad faith and continue to engage in conduct specifically denounced by the Court then the violation is very serious.”

Clearly, drinking and driving can have tragic consequences in terms of injury and loss of life. Taking advantage of other options for getting home, such as calling a cab or a designated driver is the safest choice when we have been drinking and the best way to avoid a drunk driving offence.

In most cases, motorists pulled over for a R.I.D.E. program check-in Ontario are not found in violation of any alcohol-related offence. Nevertheless, it is in everyone’s best interests to be aware of their constitutional rights with respect to R.I.D.E., one of the most important of which is to consult with an experienced DUI lawyer at Kruse Law if you are charged with impaired driving or ‘over 80’.