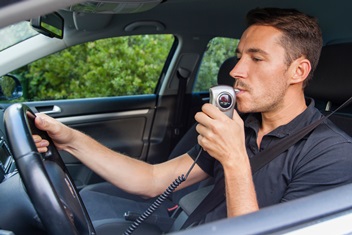 The decision about whether to plead guilty to a DUI is one that no one should take lightly. Don't decide before you consult a DUI defence lawyer. We can explain the charges against you and all the consequences of pleading guilty. In Ontario, it is important to understand the implications of using an ignition interlock device. This is a handheld breathalyzer that is connected to the ignition switch of a motor vehicle. The driver will not be able to start their car if they have been drinking.

Ignition Interlocks and a Guilty Plea

If you choose to plead guilty to impaired driving, over 80, or refusing to provide a breath sample, and you are a first-time offender, it is possible to restore your driving privileges within three months from the date you plead guilty if you agree to install an ignition interlock device in your car. If you choose to go to trial and you are found guilty as a first-time offender, and the judge allows you to install an ignition interlock device in your car, you will have to wait at least six months before you will be able to drive your vehicle with an interlock device.

Using an ignition interlock in your vehicle means you will have to pay an expensive upfront fee and monthly monitoring fees. The exact cost varies based on the company providing the service. Often, there is a separate fee for removing the device at the end of the term.

In Ontario, driving with a blood alcohol count (BAC) of 80 or more mg of alcohol per 100 mL of blood in your system is illegal. If you plead guilty to an "over 80" charge, you will face serious sentencing repercussions, including high fines or a jail term for more aggravated situations and lengthy driving prohibitions. There are mandatory minimum fines for over 80 charges which escalate significantly for higher BACs of 120 and 160 or above. The repercussions of pleading guilty to an over 80 charge are basically the same as pleading guilty to impaired driving. In fact, for higher BAC readings, the fine amount is often higher for an over 80 charge than an impaired driving charge.

Alcohol use impacts your judgment, coordination, reflexes, and driving ability. After consuming even one alcoholic drink, you may not be as clear-headed about making choices as if you were sober. People tend to assume they are doing "just fine" and are not affected by the amount of alcohol they consume.

Even people who don't feel impaired after consuming several drinks will still have a higher-than-usual BAC and risk blowing over the legal limit. The police can still charge you with impaired driving even if you didn't think you were drunk and even if your BAC was below the legal limit of 80 mg of alcohol in 100 mL of blood.

DUI Charges Can Apply to More Than Just Cars

Under the Canadian Criminal Code, the term "motor vehicle" applies to much more than just cars. You can be charged if your BAC is over 80 or your ability to operate a motor vehicle is impaired by alcohol if you are in any one of the following motor vehicles or conveyances:

The officer can question whether you have been drinking if you are stopped by the police while operating these vehicles. This is not limited to just streets, roads, and highways but also includes driving in any public place. The police can ask you to perform a field sobriety test or submit to a roadside breath test on a handheld alco-test device that will determine whether you are over the legal limit.

How an Experienced Impaired Driving/DUI Defence Lawyer Can Help

If you are facing an impaired driving, over 80, or refusing to provide a breath sample charge, you may think the best thing to do is simply plead guilty to deal with the charge to "get it over with."   This is usually not the best option for you. You have the right to effective legal counsel for a reason: to ensure that someone is looking out for your best interests.

Your impaired driving/DUI defence lawyer will go over all the facts of your case to ensure that your constitutional rights are protected by the police. Your lawyer will also look for any holes or errors in the case against you. If your case goes to trial, you can count on your impaired driving/DUI lawyer to defend you vigorously in court. These types of cases are often winnable in court.

With so much at stake, it pays to get an expert opinion before deciding to enter a guilty plea to any type of drinking and driving charge. Kruse Law Firm can help you avoid a criminal conviction and minimize the consequences of a criminal charge on your life. Contact us today at 1-800-699-0806 to arrange a free meeting and quote.