Penalties and Long-Term Consequences of a Domestic Assault Conviction 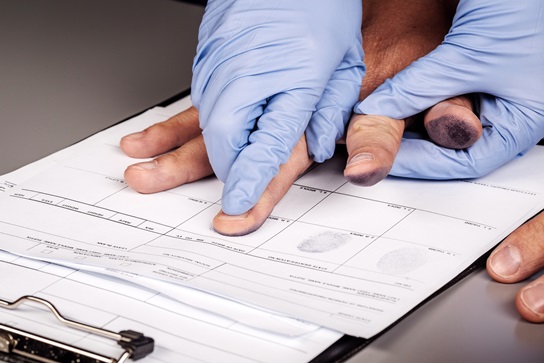 Domestic violence involves a physical altercation—or threat of violence—between two people engaged in an intimate relationship or a parent and child. It may occur between a married couple, a dating couple, common-law partners, or parents and children. A conviction for domestic assault or threatening death or bodily harm leads to serious criminal sentencing penalties in Ontario.

What do we mean by domestic assault or domestic violence? It involves one of the parties listed above and may include one or more of the following acts:

In Ontario, domestic assault and domestic violence cases are a priority for the police and prosecutors. There is a “zero tolerance” policy for this crime from both the federal and provincial governments. The police and Crown prosecutors have strict directives and policies they must follow to lay criminal charges and prosecute domestic violence cases. This means that once the police become involved and there is any credible evidence of a domestic violence crime, the police will always arrest and charge the alleged perpetrator with a criminal offence, and the Crown will generally always proceed with the prosecution of the offence, except in rare circumstances.

If the police attend your home or other location pursuant to a complaint and there is any evidence of a domestic assault, death, or bodily harm threat, the victim has absolutely no say over whether charges are laid or prosecuted. Even if the victim comes forward later and demands that the Crown drop the charges, the Crown will generally proceed to trial despite the victim’s wishes. This is a common scenario where victims of domestic violence-type crimes often have a change of heart and ask that the charges be dropped, and the Crown will invariably refuse to withdraw the charges.

Section 266 of the Criminal Code of Canada treats domestic assault similarly to simple assault. It is defined as applying force or threatening or attempting to apply force to another person, either with or without a weapon. The maximum penalty for a simple summary conviction of domestic assault under s.266 of the Criminal Code is two years less a day in jail or up to a $5,000 fine plus a 30% victim fine surcharge. If the Crown elects to proceed by indictment, the maximum prison term is five years. Upon conviction, the Court may also add to up to three years of probation if you are sentenced to less than two years in jail. The convicted person will have a permanent criminal record unless the Court sentences them to a conditional or absolute discharge. It is extremely rare and almost unheard of for someone to receive a very lenient absolute discharge for a crime of domestic violence in Ontario.

Section 267 of the Criminal Code covers assault causing bodily harm, assault with a weapon, and choking, suffocating, or strangling the complainant. Bodily harm is defined vary widely by the Criminal Code and could range from minor bruises to black eyes or broken bones. In a domestic assault case, almost any household item could be a weapon if used during an assault or if the victim is threatened. The act of picking up something like a cell phone, a bottle, a remote control, a dish, or anything at hand (even if not thrown) could upgrade the charge to assault with a weapon. It doesn’t matter if the victim suffered an injury or not.

The maximum jail term for an indictable assault causing bodily harm or assault with a weapon is ten years in the penitentiary. If the Crown elects to proceed summarily, you will face up to a maximum of two years less a day in jail or a maximum fine of $5,000 plus a 30% victim fine surcharge.

A person commits an aggravated domestic assault under s.268(1) of the Criminal Code if they wound, maim, disfigure or endanger the life of the complainant. Under this scenario, they could be facing many years in jail, up to a maximum of 14 years.

A criminal record for any offence has many negative consequences, including the following:

A domestic assault or threatening allegation or conviction is often the first stage in a couple breaking up or getting a divorce. The couple may not have initially thought of taking this step; however, once the criminal Court becomes involved, it opens the door to a permanent breakdown of their relationship.

These charges are embarrassing and stigmatizing for the accused and can strain relationships with friends and other family members. A domestic assault or threatening conviction may also create stress in any future intimate relationship you wish to pursue.

The Court in domestic assault cases may impose some additional conditions when the accused is granted bail or found guilty. The Court may order the accused to not communicate or associate with the complainant and not attend at his or her residence or workplace. This order is difficult to follow when the accused and the victim want to keep in touch. The police or a justice of the peace will always make a non-contact order part of the accused’s bail release conditions while their matter is pending before the Court. Upon being sentenced, these types of non-contact conditions are also always imposed upon the accused as well, subject to the Judge possibly ordering revokable consent, which is described below.

In a domestic assault case, and especially one involving an alleged assault on your child, you may not be allowed to see your children both while the charge is pending and if you are convicted and placed on probation. The Court considers what is in the children’s best interests in making its decision. If the Judge feels the children may be at risk of harm or exposed to violence, he or she will order that you not communicate or associate with your children as a term of probation.

How an Experienced Domestic Assault Defence Lawyer Can Help

Rather than simply pleading guilty and hoping the domestic assault charge will go away, consult with an experienced criminal defence lawyer. A domestic assault defence lawyer will review the facts of your case and provide legal advice regarding how to defend your charges. An experienced criminal lawyer may be able to successfully defend you and win your case by challenging the credibility and reliability of the victim, creating a reasonable doubt that you were acting in self-defence, or establishing that the alleged incident was simply fabricated by the complainant. Your lawyer will examine any motives to lie the alleged victim may have and successfully expose these during cross-examination at your trial. Motives to lie in these situations include, but are not limited to, anger or revenge for perceived problems in the relationship (for example, your spouse caught you having an affair), to get you booted out of the matrimonial home, to create leverage for family law, custody or child access issues, among many others.

Assuming you want to resolve your domestic violence charge and admit your guilt, a good criminal lawyer will often be able to successfully negotiate the lightest possible sentence for you, such as receiving a conditional discharge to avoid a criminal record. Your lawyer may also be able to minimize the length and term of your probation, including convincing the Judge to allow you to communicate and associate with the victim after you are sentenced for a minor domestic assault case, assuming the complainant wants to. This is called a ‘revokable consent’ order which can be revoked by the complainant at any time during your period of probation.

There are several ways that defence counsel can defend a client charged with domestic assault, including challenging the credibility and reliability of the complainant at trial, establishing that they fabricated the allegations, carefully preparing you to testify at your trial to create a reasonable doubt, and by demonstrating the police violated your rights under the Canadian Charter of Rights and Freedoms.

It pays to get an expert opinion before entering a guilty plea to a domestic assault or threatening charge with so much at stake. Kruse Law Firm may be able to help you avoid a criminal conviction and minimize the consequences of a criminal charge on your life. Contact us today at 1-800-699-0806 to arrange a free meeting and quote.