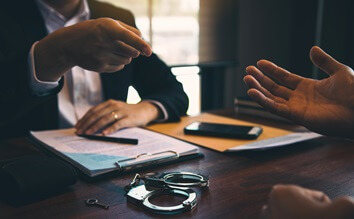 Child sexual abuse charges are especially serious. Canadian courts can and will consider several factors, including the offence's impact on the young victim, when handing down sentences. Someone found guilty of a sexual crime against a child can expect to spend more time in prison than a person convicted of a similar offence involving an adult.

If you have been charged with child sexual abuse, you must seek advice from an experienced criminal lawyer immediately. In a situation where someone has made an allegation of impropriety with a child against you, you need legal representation quickly. Crown counsel will prosecute child sexual abuse charges aggressively, and there is no statute of limitations on sexual offences.

First Step: Say as Little as Possible Without a Lawyer

When you are first questioned about an accusation of child sexual abuse, your natural response would probably be to deny the charges intensely. You might think that if you explain yourself, you can clear up the situation. This is when you need to resist this urge, remain calm, and say nothing other than ask to speak to a lawyer. Detectives are trained to confuse and upset you, and even innocent people can be provoked into saying things that make them look guilty. The prosecution can use anything you say against you, so it's always better to say as little as possible.

If you are charged with child sexual abuse, your lawyer will build the best possible defence based on the specifics of the prosecution's case. Possible defences might include:

Again, every case is unique, and our team will build a defence that achieves the best possible outcome for you. If we cannot get the charges dismissed, we will work hard to get the charges or the sentence reduced.

How an Experienced Ontario Criminal Defence Lawyer Can Help You

When you retain an experienced criminal defence lawyer to represent you on child sexual abuse charges, you have someone who will vigorously defend you. Your lawyer will consider the unique circumstances of your case. These circumstances include the complainant's background and whether there may be any issues with their credibility. Your lawyer will review available forensic evidence and gather the facts to build a strong defence case.

At Kruse Law Firm, we specialize in criminal defence law. Our lawyers have the knowledge and experience to look for any holes or errors in the case against you. We work aggressively to help you avoid a criminal conviction and minimize the consequences of a criminal charge on your life. Request our free book, Sexual Assault Defence in Ontario: What You Need to Know, and contact us today at 1-800-699-0806 to arrange your free case review.