Can You Be Convicted of DUI Without a BAC Test? 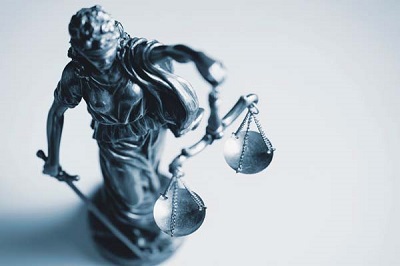 Canada has new impaired driving laws that are now in effect. The penalties for drunk driving are not set in stone and may be dependent on different factors, including:

A DUI defence lawyer in Ontario can help if you are facing charges of impaired driving or driving under the influence.

Many people are under the impression that the only way to be charged with a DUI is being found with a blood alcohol level (“BAC”) beyond the legal limit of 80 mg. of alcohol in 100 ml. of blood. The fact is that you can be convicted of impaired driving (i.e. often referred to as a DUI) if the crown attorney can demonstrate that you were operating a vehicle in an impaired state by alcohol or a drug. They may be able to do this through surveillance or observation alone without a BAC test being introduced into evidence at trial.

You may be charged with impaired driving if you engage in any of the following driving behaviors coupled with, for example, an odour of alcohol on your breath and slurred speech:

However, at trial they are able to successfully exclude the accused’s BAC from being introduced into evidence due to a Charter violation. In other words, the police made an error in providing the person with their constitutional rights and the evidence is excluded at trial under s. 24(2) of the Charter. In this situation, the judge never hears at their trial that they were over 80 on the day in question. However, the person could still be convicted of impaired driving based on an unexplained and compelling constellation of observations by the police and the opinion of the police that their ability to operate a motor vehicle was impaired by alcohol. The crown is only required to prove beyond a reasonable doubt that an accused’s ability to operate a motor vehicle was slightly impaired to secure a conviction.

Can Someone Enter Canada After a DUI Conviction?

When seeing the world, be mindful of whom you travel with if you plan on re-entering Canada.

Many non-Canadian residents must deal with an unfortunate truth if they have been convicted of a DUI in their country. Crossing into Canada with a DUI conviction on your record is more complicated than just showing up to the border with a valid passport. If a non-Canadian citizen’s past contains a conviction for a drug or alcohol-related DUI offence, he or she can and usually will be deemed inadmissible to the country. For example, whether the offence was a felony or a misdemeanor in the United States (i.e. a misdemeanor in the United States is roughly equivalent to a summary conviction offence in Canada and a felony is roughly equivalent to an indictable offence in Canada), Canadian border officials have the right to refuse them entry even if they have no intention of driving during their visit.

Again, it is important to remember that an American citizen who has been convicted of driving under the influence in the United States will likely not be permitted into the country. That decision is made by the Canadian immigration officer at the border who is granted access to that information when the offending party arrives at the port of entry, applies for a visa, or submits his or her information for an Electronic Travel Authorization.

If you have been charged or accused of a DUI offence in Ontario, it is best that you hire experienced and competent legal representation as quickly as possible. The penalties for such an offence may range from significant fines, probation, or a jail term along with a lengthy driving prohibition.

Kruse Law will provide reliable and experienced legal counsel during the process of building your defence and top-notch representation in court.