Can I Keep Driving After a DUI Conviction? 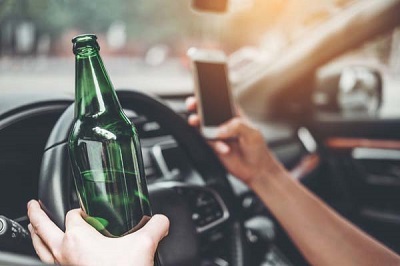 ​
Maintaining the ability to drive is critical to ensure individual freedom. Driving can be a mandatory part of your employment and can keep you connected to friends and family. However, if you have been arrested or convicted of driving while impaired, you should consider the potential consequence of losing your license.

The consequences of being caught drinking and driving in Canada are very serious.  For example, in Ontario, if you are charged with impaired driving, a first-time offender will immediately receive a 90-day administrative licence suspension. The police will then give them a first appearance date to appear in the Ontario Court of Justice. If you plead guilty or are found guilty of a DUI following a trial, a first-time offender will typically receive a mandatory minimum fine and a mandatory minimum one-year driving prohibition. The fine amount and length of the driving prohibition could be increased for aggravating situations such as high blood alcohol readings or where a motor vehicle accident occurred. An accident on a major highway can sometimes result in a short jail term for even first-time offenders. The penalties and consequences increase for repeat offenders or where someone has been injured, including lengthy mandatory minimum jail terms and driving prohibitions.

What is an ignition interlock and how does that impact my ability to drive?

Ontario has an ignition interlock program which allows a first-time convicted DUI offender to apply to the Ministry of Transportation to drive with an ignition interlock on their car. ‘Stream A’ ignition interlock is a program where the ministry may allow you to drive 3 months after the date of your guilty plea.  For example, if you are a first-time offender and you plead guilty within 90 days from the date you were charged with an offence and the judge allows you to apply for interlock, then if you make an application to the Ministry they may allow you to qualify for the program. Typically, a first-time offender who pleads guilty within 90 days of the date of their arrest, will then be allowed to install the device on their motor vehicle 3 months after their sentencing date. The device will then be required to remain in your vehicle for 9 full months assuming the judge sentenced you to the mandatory minimum one-year licence prohibition.

‘Stream B’ ignition interlock is available for a first-time offender when you plead guilty or are found guilty after a trial more than 90 days after your arrest.  For example, assume you plead guilty 4 months after your arrest and the judge allows you to apply for stream B ignition interlock.  If the Ministry at its discretion approves your application, then the interlock device can be installed on your car 6 months after the date of your sentencing. The device will then be required to remain on your car for a further one-year period.

A person will fail the device’s test if the air blown into the mouthpiece is determined to have a greater than the allowable blood alcohol concentration level. If you have had too much to drink, then the ignition interlock device does not allow the engine to start. The interlock device is located inside the vehicle, within reach of the driver’s seat, and is directly connected to the engine’s ignition system.

Sometimes, even after the engine has been started with a successful interlock device test, there can be another request for a sample during the course of operating the vehicle. This secondary test is sometimes called a “rolling retest.” This test was developed to ensure that the person operating the car is in fact the individual providing the breath sample. If the retest is failed, then the vehicle may alarm – the horn will sound and the lights will flash – until the engine is put to rest.

Can other people drive my car if it has an ignition interlock?

Anyone can operate your vehicle, even after the device is installed. However, whomever is behind the wheel will need to comply with the requirements of the interlock device, meaning that he or she will need to blow into the mouthpiece and be under the legal limit for alcohol consumption.

Usually, a minor level of training is required to understand how to use an ignition interlock device, so if someone other than you regularly drives your vehicle, that person may need training. Additionally, and very importantly, any time the interlock device reports that you have exceeded the blood alcohol concentration level, it is programmed to report that. The failure is reportable even if someone else is blowing into the device. Be very careful about whom you allow to drive a vehicle that is equipped with the breathalyzer.

An ignition interlock or a driver’s license suspension are only a few of the legal consequences associated with driving under the influence. If you have been arrested and charged with driving while impaired by alcohol or a drug, it is important that you seek legal advice to mitigate the ramifications of the charge. The criminal defence lawyers at the Kruse Law Firm are experienced in defending impaired driving charges and are ready to talk with you about the facts of your case. Contact us today.