What are the different sentences that can be served after a trial? 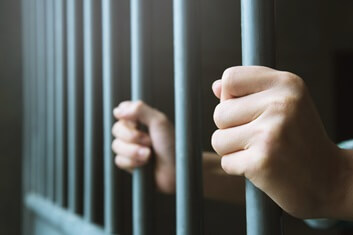 Sentences don’t necessarily mean that you will get imprisoned in jail. Depending on the findings of the court and the decision of the judge, an accused person can receive a variety of sentences, not all necessarily resulting in a criminal record.

The different sentences that can be served, depending on the type of offense and its gravity, are as follows: Discharge (Absolute or Conditional), Suspended Sentence, Probation, Restitution, Fine, Conditional Sentence, Intermittent Sentence, and Custodial Sentence.

A discharge can be absolute or conditional. Under a discharge, you are found guilty, but the court discharges you instead of convicting you of the offence, and you will have no criminal record. After a year, the discharge is removed from your record.

If the court grants a conditional discharge, you must fulfill certain conditions until your probation ends before the discharge is granted. These may include a court order for the following:

The conditional discharge remains on your record for three years, but should not show up in background checks after that.

Before the court issues a discharge, it will consider whether doing so is in the public interest. This sentence is usually only available if you have no previous record and the offence is relatively minor.

A suspended sentence results in a conviction. However, the convicted person is released on probation. The convicted person must follow the conditions in the probation order for the duration of the term. They may be required to perform community service, attend counselling, report to a probation officer at regular intervals, or pay money to the victim of the crime.

The court orders the convicted person to pay money to a specific person. In most cases, it is the victim of the crime.

A judge determines a specific amount of money the convicted person must pay to the court to resolve the matter. This amount is based on guidelines set out in the law.

Intermittent sentences are jail sentences of 90 days or less and can be served on specific days of the week. When the convicted person is not in custody, they must follow specific rules in their probation order. With this type of sentence, a person could serve their sentence on weekends in a correctional facility. For the rest of the week, they live in the community where they can work and attend to family responsibilities.

A convicted person may be sentenced to serve time in custody. If the sentence is two years or more, they will be sent to a federal facility. Sentences of less than two years are served at provincial correctional facilities.

Why it Is Important to Hire a Good Criminal Lawyer

An experienced criminal defence lawyer will vigorously defend you in court. If you are convicted of a criminal offence, your lawyer will present arguments to the court that your sentence should be as favourable to you as possible. For example, if you are facing a jail sentence, your lawyer might argue that you get an intermittent sentence (where appropriate) so that you can continue to work and live in the community.

If you face any criminal charge, you need an experienced DUI criminal defence lawyer to represent you. They will review the facts of your case and your version of events and advise you about the best way to proceed. The experienced and knowledgeable DUI defence lawyers at Kruse Law will work diligently to ensure your case has the best possible defence. Schedule a free meeting and quote, or call us toll-free at 1-800-699-0806 to speak with one of our professionals today.