Will I lose my commercial driving certificate after a drunk driving conviction? 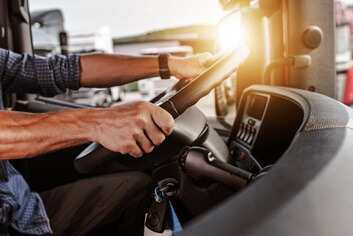 The short answer is that it’s possible you may lose your commercial vehicle operator’s registration (CVOR) certificate if you are convicted of impaired driving. If driving is how you make a living, it’s vital that you contact a DUI defence lawyer as soon as possible after your arrest to improve your chances of protecting your CVOR and your job.

In Ontario, you could be cited for impaired driving if you have alcohol or cannabis in your system.

Ontario has a zero-tolerance law in place for commercial drivers. This means you cannot have any alcohol in your system while driving a vehicle requiring a Commercial Vehicle Operator’s Registration (CVOR).

Ontario’s impaired driving laws also extend to cannabis use while operating a motor vehicle. Cannabis affects a driver’s judgment, as well as their coordination and reaction time. Using this drug increases the likelihood of being involved in an accident.

Cannabis impairment takes effect almost immediately. These effects can last for six hours or even longer, depending on the level of THC in the product and how it is consumed. Its effects may last longer for new users, those who have consumed a lot of cannabis, and those who combine it with alcohol. Since the effects of cannabis vary so much, there is no way to determine precisely how long to wait before it is safe to drive. Even if someone thinks their high has worn off, they may still be impaired.

Commercial vehicle drivers will face penalties for impaired driving if they have alcohol or drugs according to the following schedule:

You will need to pay a fee to reinstate your licence each time it is suspended.

A clean driving record is crucial if you wish to work as a commercial driver in Ontario. A conviction under the Highway Traffic Act means you risk adding points to your commercial licence and possibly suspending your registration certificate. You could also potentially lose your job.

Suppose you have been charged with impaired driving/DUI in Belleville, Milton, St. Catharines, or elsewhere in Ontario. In that case, it’s crucial to seek advice from an experienced impaired driving lawyer.

Your impaired driving/DUI lawyer will consider all the evidence. They will look at whether they can contest the breathalyzer results and if the police took any actions that violated your constitutional rights. Your lawyer will ask whether you are using medical marijuana since this is an important fact that may make a difference in your case. You have the right to legal representation; use it to have an experienced criminal defence lawyer represent you to get the best possible result.