Could I be charged with drug trafficking if I carry drugs in or out of Canada? 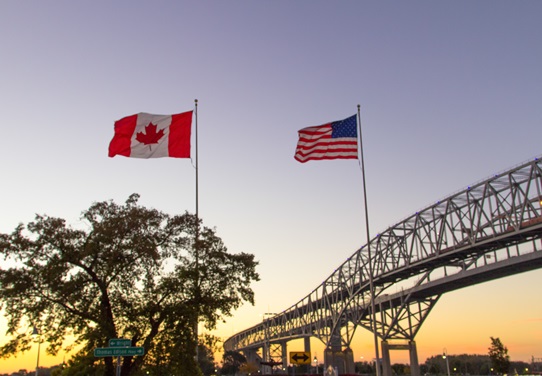 Yes, and the consequences are some of the most severe under Canadian law. A person caught carrying a Schedule I drug could face life imprisonment—even for a first offence. If you have been charged with possession of a large quantity of drugs, it’s vital to speak to our drug trafficking defence lawyers as soon as possible.

What Are the Penalties for Transporting Drugs Across the Border?

The Controlled Drugs and Substances Act expressly prohibits importing or exporting any substance included in Schedule I, II, III, IV, V, or VI. It also prohibits possession of these substances for the purpose of exporting them from Canada. It assigns the same penalties to possession with intent to traffic as it does to trafficking.

Depending on the circumstances of the crime, you may be sentenced to:

Is There Any Way Out of the Mandatory Minimum Sentence?

There have been recent efforts to reduce the penalties for certain drug offences, including overturning mandatory minimums. While mandatory minimums still apply in Schedule I and Schedule II drugs cases, courts can choose not to enforce the minimum sentence in cases without aggravating circumstances.

Aggravating factors in the import or export of Schedule I or Schedule II substances include:

The lawyers at Kruse Law work to protect you by any legal means available to us. Even if you’re facing conviction, we may argue that no aggravating factors apply to your case or that a prison sentence isn’t necessary despite aggravating factors. We may be able to delay sentencing until you complete a drug treatment court program, after which the court may decide a reduced sentence is more appropriate in the circumstances of your case.

Our legal team is comprised of several former prosecutors who are prepared for the tactics the Crown uses to get a conviction. Don’t try to fight criminal charges alone! Contact us today to set up your free case review and learn how to minimize the disruption to your life.