What is the Ontario Domestic Assault Risk Assessment (ODARA)? 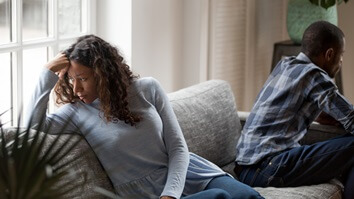 The Domestic Assault Risk Assessment (ODARA) is a tool used to determine the likelihood that someone who has already assaulted a former or current intimate or dating partner in a heterosexual relationship will do it again. In this context, "intimate partner" may refer to a couple, married or unmarried, cohabitating or not living together. ODARA has not been approved for people in same-sex intimate relationships.

Police officers administer ODARA after an arrest. The police use information gathered during their investigation to score 13 items, and these items evaluate the accused's likelihood to re-offend.

Items on the ODARA Scoresheet

A police officer gathers evidence from witness statements taken at the scene of the domestic assault and from police records to complete the ODARA scoresheet. Each of the following items is scored with a "1" if evidence indicates its presence. A score of "0" means no evidence is present, and "?" indicates the item is unclear.

If you are charged with domestic assault in Brampton, Mississauga, or St. Thomas, it's crucial to seek advice from an experienced criminal defence lawyer. In building your defence, your domestic assault lawyer will consider all the evidence, including the ODARA scoresheet. They will look at whether the police led the complainant in any of their answers during their interview. For example, did the complainant say they were concerned about future assaults or did the police put the idea in their head?

The ODARA is only one element the court considers when deciding whether to release someone accused of domestic assault on bail. Your lawyer can argue that the ODARA is flawed since it cannot accurately predict who will re-offend. It can only show mathematical possibilities. Even if ODARA could indicate who is most likely to re-offend, people are not arrested and held in jail for what they might do in Canada.

Your domestic assault lawyer will look at the history of the relationship between you and the complainant. The record includes whether there are any other pending criminal or civil matters (divorce, protection orders, visitation restrictions imposed by a child protection agency). They will consider whether there is any reason the complainant could be embellishing their story or making it up altogether. Your lawyer will examine the complainant's medical records to determine whether their injuries match their account of what occurred during the incident.

If you were defending yourself from being assaulted, tell your domestic assault lawyer. Some male clients don't like to admit they were the victims of an assault. Your lawyer can't effectively defend you unless they know the truth about what happened. The same rule applies if you drink or use drugs (prescription medications or the street version).