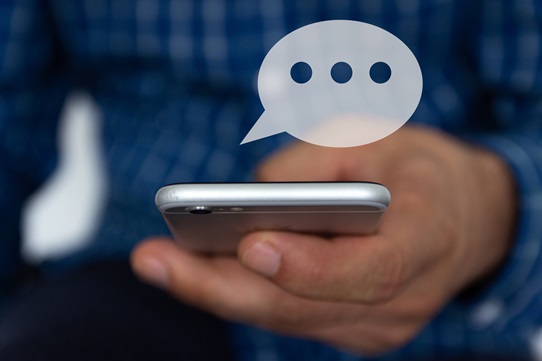 What Is Invitation to Sexual Touching?

Under Section 152 of the Criminal Code, it is a criminal offence to invite, counsel, or incite a person under the age of 16 to touch, either directly or indirectly, their own or another person’s body directly or with an object for a sexual purpose.

The “invitation” may be made directly (in person). It could also be made online through social media, by text message, by phone, or by other electronic means. A person may be charged with invitation to sexual touching whether or not any actual physical contact took place.

To meet the definition of this offence, it is not necessary for the person being charged to invite someone to touch them. For instance, if someone asks two people (one or both who are under 16 years old) to touch each other in a sexual manner, the standard has been met. A person who asks someone under the age of 16 to touch themselves in a sexual manner has also met the standard described under Section 152 of the Criminal Code.

Penalties for Invitation to Sexual Touching

On conviction, invitation to sexual touching carries the following penalties:

From a criminal defence point of view, an invitation to sexual touching case is defended by examining the complainant’s statements about the incident(s) and their possible motivations for making them. Defence counsel will also look to see whether there is any way to challenge the authenticity of the alleged invitation to touch. The defence will seek to confront and weaken the credibility and reliability of the complainant at the trial during cross-examination and by presenting their side of events to create reasonable doubt. Sometimes, an invitation to sexual touching attributed to an accused is ambiguous or results in an innocent miscommunication and will result in the accused winning their trial. The technology linking the accused to the complainant’s statements would be examined to determine whether it proves the accused actually made the statements. Any helpful electronic messages in the accused’s possession will also be utilized at the trial.

Defence counsel will also consider whether the police investigation breached any of the accused’s rights under the Canadian Charter of Rights and Freedoms, either in the way they were treated or while gathering evidence. The latter includes taking statements, conducting phone and computer searches, serving and executing search warrants, etc. Many of these types of cases are won based on a s. 8, 9 or 10(b) Charter application excluding this type of evidence under s.24(2) of the Charter at trial.

What Is Sexual Interference?

Sexual interference is dealt with under Section 151 of the Criminal Code. It is a criminal offence to touch, directly or indirectly, with either a part of the body or an object, any part of the body of a person under 16 years of age, for a sexual purpose.

On conviction, sexual interference carries a minimum penalty of 90 days in jail if the Crown elects summarily and a maximum sentence of two years less a day in a provincial jail. If the Crown elects by indictment, the mandatory minimum penalty is one year in jail, and the maximum penalty that can be imposed is 14 years in a federal penitentiary. Similar to the offence of invitation to sexual touching, mandatory minimum sentences are reserved for minor sexual interference charges and most accused will face much longer jail terms upon conviction.

To prove that the accused is guilty in a sexual interference case, it must be shown that the touching was intentional and for a sexual purpose. Defence counsel will examine the complainant’s statement that touching occurred and was intentional by looking at the circumstances around the event and any words that accompanied the alleged touching. To dispute the allegation that touching occurred or was sexual in nature, a defence lawyer can use evidence such as the part of the body touched. The defence will also seek to challenge the complainant’s credibility, reliability and motives to lie during cross-examination with a view to establishing reasonable doubt. A good criminal lawyer will prepare for several days to confront the complainant with improbabilities, inconsistencies, and matters that don’t accord with common sense at the trial. Finally, the defence may decide to present evidence at the trial, including calling the accused as a witness or any other defence witnesses to create reasonable doubt.

Ultimately, sexual interference charges usually boil down to the alleged victim’s version of events versus the accused’s version. Given that there is usually a lack of other confirming evidence, the presumption of innocence in Canadian criminal law and the burden on the Crown to prove the allegations beyond a reasonable doubt, a skilled and experienced criminal lawyer will often be able to win a sexual interference case at trial.

Consent as a Defence in Sexual Interference Cases

An accused person cannot simply state that they believed the complainant was over 16 years of age and they agreed to have sex in a sexual interference case. If the accused wants to use consent as a defence, they will need to prove they took “all reasonable steps” to find out the complainant’s age. These would include, but not be limited to, asking the complainant their age, assessing their physical maturity level, and possibly even checking the complainant’s identification.

For example, let’s assume an accused met a physically mature 15- or 16-year-old person who appeared to be over 16 years old, they specifically told the accused they were over 16, and showed him or her identification that they were over 16. Then if the complainant agreed to have sexual relations with the accused (i.e. consented to same), the accused might be able to successfully argue they took all reasonable steps to ascertain the person’s age and have a defence of honest but mistaken belief that the complainant was over 16 years old and agreed to have sexual relations with them. Every case is different. This is just one example where this type of defence might be successful at trial.

Defence Lawyers for Sexual Offences in Toronto, Kitchener, London, Windsor and All Other Cities in Ontario

If you are facing charges of invitation to sexual touching, sexual interference, or any other type of sexual crime, it is best to seek the counsel of an experienced criminal lawyer before talking to authorities, even if you believe you are innocent. A skilled sexual assault defence lawyer can provide you with the necessary legal advice and information about your case so that you know your rights. You do not want anything you do or say to be used against you in your case.

The Canadian criminal justice system takes the matter of sexual offences very seriously. The police will generally charge you with invitation to sexual touching or sexual interference based on the word of a complainant alone, even though there is no other physical evidence.

The knowledgeable criminal lawyers at Kruse Law can help you. Schedule your free meeting and quote. Call us toll-free at 1-800-699-0806 to speak with someone today.