BAC Under 120? You Still Need a Lawyer 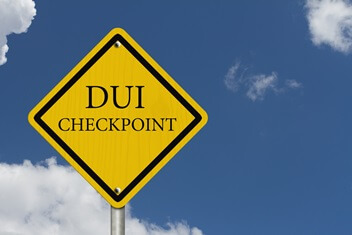 While it’s true that the Canadian government and Ontario law enforcement agencies have a zero-tolerance policy when it comes to impaired drivers, that doesn’t mean all is lost if you are charged with a DUI. With the help of an experienced DUI defence lawyer, you could avoid the harshest penalties and, in some cases, even avoid a criminal charge altogether.

A driver can be charged with “Over 80” if their breathalyzer or blood test results show they had over 80 milligrams of alcohol per 100 millilitres of blood in their system while operating a motor vehicle (car, truck, motorcycle, boat, etc.). A person doesn’t have to appear intoxicated at the time to be charged with an “Over 80” offence.

In 2018, mandatory fines for a first offence of driving with a high alcohol concentration (BAC) increased. Current fines for DUI convictions are as follows:

DUI Charges and Readings Under 120

The COVID-19 pandemic prompted the Ministry of the Attorney General to direct their Crown attorneys to consider how they treat DUI cases where the accused has a BAC of 120 or under. To avoid a backlog of cases in the judicial system, the Crown may make an offer for a plea bargain.

If you are charged with DUI and have a BAC of under 120, you may be asked to plead guilty to a lesser charge. In this case, it would be careless driving—a non-criminal charge under the Highway Traffic Act. The Crown would withdraw the DUI charge against you. This would be a better result for you, since you would not have a criminal record. You would still have a licence suspension and possibly need to install an ignition interlock device in your vehicle.

A plea bargain will not automatically be offered in all cases where the BAC is below 120. There must be no aggravating circumstances involved, such as the following:

We may even be able to get a careless driving guilty plea deal if we can show the Crown that we can mount a viable defence. The Crown may wish to deal with the charge as a guilty plea to careless driving as opposed to having to prepare to prosecute a DUI charge. This strategy can also work in cases where a driver has a BAC over 120.

Why You Need an Experienced Impaired Driving Defence Lawyer

If you have been charged with DUI over 80 and have not been offered a plea deal, your impaired driving and DUI lawyer will consider whether one would be appropriate, given the facts of your case. If so, they will contact the Crown attorney to discuss making this arrangement.

If no deal can be arranged, your lawyer will consider all the evidence. They will think about whether they can contest the breathalyzer results and if the police took any actions that violated your constitutional rights. The consequences of a conviction for impaired driving or DUI can be severe, and this is not a situation where you want to give up and plead guilty to save time. You have the right to legal representation; use it to have an experienced criminal defence lawyer represent you to get the best possible result.