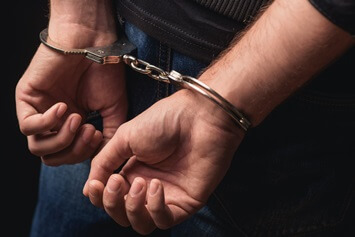 Sexual interference and invitation to sexual touching are types of sexual assault charges that apply to adult interactions with children under the age of 16. They carry serious penalties, and if you are charged, you should fight the charges with a skilled lawyer to protect your privacy and your livelihood.

Sexual interference is an offence under the Criminal Code (s.151). It occurs when someone "directly or indirectly" touches another person under 16.

Elements of a Sexual Interference Charge

To prove this charge, the Crown must show that three elements were present:

All three elements must be present to prove a sexual interference charge.

Definition of Invitation to Sexual Touching

Invitation to sexual touching is an offence under s. 152 of the Criminal Code. It occurs when a person "invites, counsels, or incites" someone under 16 to touch them (directly or indirectly) with their body or an object for sexual purposes. Sexual touching also occurs if someone "invites, counsels, or incites" two people under 16 to touch each other for sexual purposes.

Penalties for Sexual Interference and Invitation to Sexual Touching

Other Penalties for Sexual Interference and Invitation to Sexual Touching

The court can order these additional penalties, along with any jail sentences for sexual interference and invitation to sexual touching:

Under a SOIRA order, you must report to the Sex Offender Registry when you:

A sexual interference conviction means the court will impose a minimum 10-year SOIRA order. After the SOIRA order is lifted, your personal information remains in the Sex Offender Registry database permanently.

Each case is unique, and your criminal defence lawyer will discuss the best way to defend you against the charges you face. Two possible defences include the following.

Touching Not Intentional/Not Done for a Sexual Purpose

Generally, a common way to defend a sexual interference or sexual touching charge is to argue that the touching was not intentional or done for a sexual purpose. Your lawyer could argue that you could not have the intent required under the law to be guilty if you were intoxicated.

Both sexual interference and sexual touching require an accused person to possess a specific amount of foresight, planning, and calculation to commit the criminal act. If you were too intoxicated to appreciate the nature of your actions at the time of the offence, you could not form the mental intent required to be convicted of these offences.

Another way to defend this type of charge is to argue that you legitimately believed the complainant was old enough to consent. In this instance, the accused person doesn't have the mental intent necessary to be found guilty.

If you have been charged with sexual interference or invitation to sexual touching, you need the services of a skilled criminal defence lawyer. First, it's your right to seek legal counsel and get their advice. Even if the police appear friendly, they are not on your side, and their job is to gather evidence that can be used against you.

The experienced and knowledgeable sexual assault defence lawyers at Kruse Law will work diligently to ensure your case has the best possible defence. Schedule a free meeting and quote, or call us toll-free at 1-800-699-0806 to speak with one of our professionals today.