Should You Provide a Breath Sample at the Police Station or Hospital? 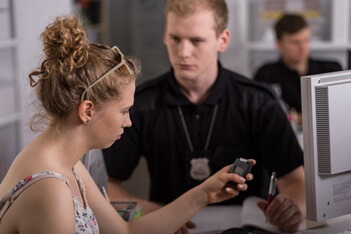 What should you do if the police formally demand that you provide a breath sample once you are taken to the station or a hospital? The short answer is that you should comply with the request.

Refusal to Provide a Breath Sample at the Station or Hospital

If you refuse to provide a breath sample, the police can’t force you to take the test through physical means. You will be charged with failure to comply with a demand, a criminal offence under s. 320.15 of the Criminal Code of Canada. If convicted, you will have a criminal record.

You will still face separate charges under the Highway Traffic Act of Ontario for impaired driving or driving under the influence (DUI).

Penalties for Refusing to Comply With Breath Sample Demand

The Criminal Code sets out penalties on conviction for failure or refusal to comply with the demand to provide a breath sample. These penalties are the same as if you were convicted of impaired driving.

Minimum Penalties for Refusing to Comply

The minimum penalties are as follows:

On conviction, you could also face the following penalties:

Penalties Under the Highway Traffic Act

Suppose you refuse to provide a breath sample or are convicted under the Criminal Code for refusing to provide one. In that case, you will be subject to the following penalties under the Highway Traffic Act:

Special penalties exist if you have previously been convicted of this offence.

If you have been charged with impaired driving or DUI in Ontario, it’s crucial to seek advice from an experienced criminal defence lawyer.

Your impaired driving and DUI lawyer will consider all the evidence. They will think about whether they can contest the breathalyzer results and if the police took any actions that violated your constitutional rights. The consequences of a conviction for impaired driving or DUI can be severe, and this is not a situation where you want to give up and plead guilty to save time. You have the right to legal representation; use it to have an experienced criminal defence lawyer represent you to get the best possible result.

At Kruse Law Firm, we specialize in criminal defence law. Our lawyers have the knowledge and experience to look for any holes or errors in the case against you. We work aggressively to help you avoid a criminal conviction and minimize the consequences of a criminal charge on your life. Contact us today at (519) 728-2183 to arrange your free case review.