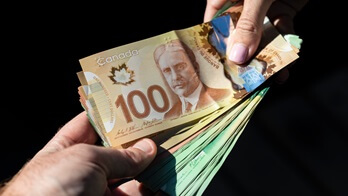 Sex abuse cases can be dealt with as criminal or civil matters, and some end up in both court systems. There are some significant differences between the two. While they both impact your reputation, a criminal conviction can put you in prison, while a civil verdict against you can ruin you financially. We discuss how these charges are different and why it’s important to launch a strong defence in both cases.

Who Brings Each Type of Case?

A criminal case is considered a crime against the Crown. Therefore, the Crown (through the police) is responsible for laying charges. The complainant doesn’t have a say in how the case is handled, and they appear in court as a witness for the prosecution.

The goal of a criminal case is to determine whether the accused person is guilty or innocent. The burden of proof rests with the prosecution to show “beyond a reasonable doubt” that the accused is guilty. The accused is presumed innocent unless and until they are proven guilty.

A civil sexual assault case is brought by the complainant, who is represented by a personal injury lawyer who they have retained to commence and prosecute a lawsuit. In a civil claim, the plaintiff must prove merely to a balance of probability: (1) that the defendant committed a sexual assault and (2) the amount of monetary damages. In other words, for a civil sexual abuse case, the judge or jury must determine whether the plaintiff or the defendant is more likely telling the truth about whether a sexual assault occurred. This is a far lesser burden than proof beyond a reasonable doubt in a criminal case. In a civil case where a lawsuit has been served on the defendant and filed with the court, the complainant can:

The goal of a civil lawsuit is to show that the defendant is liable to pay a sum of monetary damages to the plaintiff. The amount of damages can potentially be agreed upon in a negotiated settlement without proceeding to trial. If the lawsuit proceeds to trial, then the judge or jury will determine if the defendant is liable (i.e., committed a sexual assault) and the amount of damages the complainant and/or their family members are entitled to collect.

Potential Outcomes of Each Case

Upon a  criminal conviction for sexual assault involving a victim who is 16 years or older, an accused person could be sentenced to a maximum jail term of 10 years in prison. For more aggravated situations where the complainant is under 16 years old or where, for example, a weapon was used during the sexual assault, the maximum jail term escalates to 14 years in prison. In addition, the evidence from the criminal trial may be used in a civil case. If an accused pleads guilty to a sexual assault in criminal court, the guilty plea is considered to be proof that they would be liable in a civil lawsuit, with rare exceptions to this rule of thumb.

A defendant found liable in a civil sexual abuse case could be required to pay damages for pain and suffering, psychological damages, medical and ongoing therapy expenses and. punitive damages (i.e., extra damages to punish the defendant). The complainant’s family members may also receive compensation for loss of guidance, care, and companionship under the Family Law Act. The defendant may also have to pay the complainant’s legal costs and for loss of potential income or failure to reach their career goals and potential. For example, young sexual abuse victims may do poorly in school compared to others who have not been victimized and never reach their future earning potential. The complainant could argue they would have achieved a higher level of education and obtained higher-paying jobs if the abuse had not happened. The complainant may also not be able to hold a job due to the ongoing psychological damage and post-traumatic stress caused by the sexual assault. The burden of proof is on the complainant to prove their allegations by hiring a vocational rehabilitation expert to render an opinion on this matter.

Amount of Damages a Defendant Could be Ordered to Pay

The amount of damages a defendant in a civil sexual abuse case could be ordered to pay varies based on the facts of a given case and the degree to which the sexual abuse has negatively affected the complainant. Each case is different and is evaluated based on what is required to make the complainant “whole.” In some instances, the damages assessed could be in the hundreds of thousands of dollars or even millions of dollars in an extreme case.

If you have been criminally charged with sexual assault, you need a good criminal defence lawyer to defend you to get the best possible result under the circumstances. This is not a situation where you want to plead guilty to make the charges go away because they will not. Along with the possibility of being sentenced to many years in jail, you would be placed on the National Sex Offender’s Registry. The consequences and ongoing stigma of a conviction will impact your future, including, but limited to, making it difficult to find any type of employment and impossible to travel to other countries.
If you are convicted of a sexual crime, the evidence presented by the Crown against you may be used in a civil court proceeding. The two proceedings are entirely separate, and the complainant can choose to start civil proceedings at any point, even without criminal charges being laid. You do not want to hand the complainant’s civil lawyer any further evidence to help their case, potentially leading to your financial ruin.

With so much at stake, it pays to get an expert opinion before deciding to enter a plea for any type of alleged sexual crime. Kruse Law Firm can help you avoid a criminal conviction and minimize the consequences of a criminal charge on your life. Contact us today at 1-800-699-0806 to arrange a free meeting and quote.