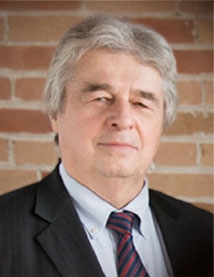 Alec Fiszauf received his law degree from Osgoode Hall Law School in Toronto in 1977. Upon graduation, Alec articled with the criminal law firm of Carter and Powell in Toronto in 1977-1978. After completion of his articles in 1978 and the Law Society Bar Admission Course, he became a licensed lawyer in 1979. Since then Alec practiced criminal law in Toronto and relocated to Brantford, Ontario in 1987.

Alec has appeared in trial courts throughout Southern Ontario with a focus on criminal trials and appeals. He served as a Federal Prosecutor for 8 years, where he gained in-depth criminal law experience.

Alec has appeared in every level of court in Ontario as well as the Supreme Court of Canada. He is one of the few lawyers in the area who has argued appeals in the Ontario Court of Appeal. He has extensive criminal and DUI trial experience and has successfully conducted appeals in most types of criminal law cases. Alec has taught law courses at the Bar Admission Course and at McMaster University. He is also a former Deputy Judge of the Small Claims Court. Alec is the author of a number of legal articles and a book, “The Law of Investigative Detention”, Lexis-Nexis 2008.

Alec is one of three former crown prosecutors who work at Kruse Law Firm.

If you have been charged with a criminal offence, you want to have the best available defence team working for you. Alec knows how to win difficult criminal cases. Use the form to the right to initiate a free consultation with Alec and the rest of the Kruse Law criminal defence team.

Alec retired in 2019 and was a distinguished member of the Ontario criminal bar for many years.

The Knowledge, Expertise, and Experience to Win

"Mike Kruse and his team were wonderful in helping me through a difficult time. It was overwhelming and I had no knowledge of the law. Mike and his team provided me with legal advice and guidance. I was always being informed of where we were in the process and what actions needed to be taken. He was quick to respond to my calls or emails. Both Mike and his team were kind and professional. I was happy with the outcome of my case. I would recommend Mike for any criminal case. He is worth the investment and will get the best possible results."
"Kruse Law were very helpful in dealing with my assault with a weapon case. After a lengthy abusive relationship it was difficult to be able to talk about my situation but Anthony Andreopoulos and the team at Kruse law were compassionate hearing my story and in the end with their extensive knowledge were able to successfully defend me in court against all charges. They were very prompt in responding to any questions and concerns I had throughout what was a lengthy and confusing process of going to trial. I believe that I would not have been able to do it if it wasn’t for Anthony and the Kruse Law team."
"Highly recommended!!! Mike Kruse and his team put incredible efforts into my case which resulted in an exceptional outcome. I was informed and updated at all times and Mike always went the extra mile to answer my questions even beyond the actual case. I couldn’t be more thankful!"
"Mike Kruse was very professional. During COVID, he set up numerous phone meetings which kept us up to date with all the info. He never pressured me to make any decisions, he only gave his professional advice. Due to his hard work, he was able to achieve an outcome which I thought was very fair. I highly recommend Mike Kruse. Thank you Mike."
"Thanks to Mike and his team for helping out my son. Mike is very professional, a great listener and open minded. I would definitely recommend Mike."